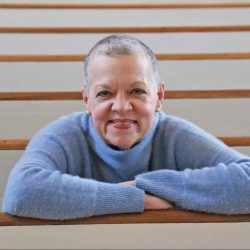 Ronna Archbold Davis (Dean) is the Minister of Music at the First Church in Sterling, MA, working with Rev. Robin Bartlett, Senior Pastor, and plays percussion in the Assumption University Band under the direction of Bruce Hopkins.  From 2008-2010, Ronna served as Dean of the Worcester Chapter AGO and transitioned the chapter communications from US Postal service to predominantly e-mail.  Her background is in sales and marketing in the field of electronic publishing and database development and is employed part time as Finance and Sales Support/North America for TDNET, a company based in Tel Aviv, Israel.  Ronna has an undergraduate minor in music and has studied with the Royal Conservatory of Music based in Toronto.

Marjorie Ness (Sub-Dean) has held positions as Member-At-Large, member of the Program Committee, and Dean (2002-2004) of the Worcester Chapter. She retired from Fitchburg State University in 2015.  Her recent church positions include Wesley United Methodist, Worcester (1995-2003), and Memorial Congregational of Sudbury (2003-2008). Since 2012 she has done interim work for several churches.  Educated at Oberlin Conservatory, Northwestern University, and the University of Iowa (DMA), she loves teaching and mentoring people of all ages, whether in schools, universities or church. She is committed to strengthening the AGO through the continuation of effective programming and collegial opportunities. 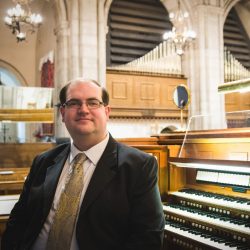 Robert Potterton III (Secretary/Webmaster) has been a church musician and composer/arranger in New England for over twenty years, most notably  as Director of Worship & the Arts at St. Luke’s Lutheran Church in Dedham from 2008-2015 and Minister of Music & the Arts at historic Christ Church (Episcopal) in Fitchburg since 2015. He completed a Bachelor of Music degree in Composition & Organ Performance at Houghton College (NY), where he studied with Judy Congdon, Mark Hijleh, and Sun Mi Ro, and Master of Sacred Music & Master of Sacred Theology degrees at Boston University, where he studied with Peter Sykes. Robert resides in Spencer with his wife Carissa, an IT developer and professional photographer, and their children, Adam and Kimberly. 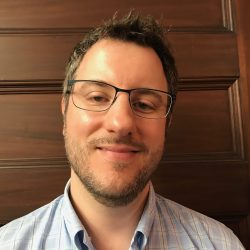 Juan Mesa (Treasurer), a native of Puerto Montt, Chile, holds a Bachelor of Music degree in organ performance and composition from Western Connecticut State University, and both a Master of Music degree in organ performance and a PhD in Music Theory from Indiana University. His teachers include Stephen Roberts and Christopher Young (organ), Elisabeth Wright (harpsichord/continuo), and Todd Wilson and Jeffrey Smith (improvisation). Juan has performed solo recitals across the US, Canada, Chile, and Argentina, and has collaborated with numerous ensembles. He is an AGO Regional Competition for Young Organists’ first prize winner, and has performed  at regional and national AGO conventions and competitions. He is currently Director of Music at Roslindale Congregational Church in Boston and Director of Music and Organist at St. Leonard’s Church in Boston’s North End. 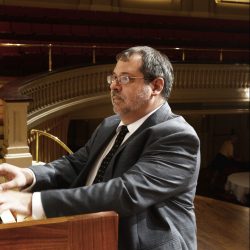 Leonardo Ciampa (Registrar) is Composer-in-Residence at Mechanics Hall,  Director of Music at Emanuel Lutheran Church in Worcester, and Maestro di Cappella Onorario of the Basilica in Gubbio, Italy. He was artistic director of organ concerts at MIT (2009-2016) and founding director of Arts MetroWest (2012-2019). As an organ recitalist, Ciampa has made a dozen European tours encompassing Italy, Austria, Germany, and Switzerland. He has given solo organ recitals at cathedrals in Vienna, NYC, Boston, Altenberg, Brandenburg, Tortona and Biella, and at basilicas in Rome, Turin, Loreto, Rieti and Gubbio. As a composer, Ciampa’s compositions have been performed in prestigious venues such as Sanders Theatre (Harvard), Kresge Auditorium (MIT), Mechanics Hall, and the Mormon Tabernacle (Salt Lake City). He recently compiled and edited the Worcester Organ Book. 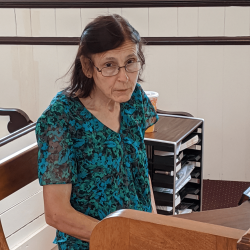 Joyce Carpenter-Henderson (Member-at-Large) currently serves as Organist/Music Director at First Congregational Church (UCC) in Millbury, and previously served as Organist/Choir Director at St. Luke’s Episcopal Church in Hudson from 1998-2014. She received her B.A. degree with a minor in music at the University of New Hampshire and a Master of Divinity degree at Lancaster Theological Seminary (PA). She studied organ with John Skelton at UNH and with Kris Layton at Church of the Good Shepherd in Clinton. She is an active piano teacher with about 30 students throughout Worcester and Middlesex counties. Joyce is Artistic Director of Serenity Coffeehouse an outreach ministry featuring music teachers and their young  students performing classical/sacred music at Salem Covenant Church, Worcester before an intergenerational, diverse audience. 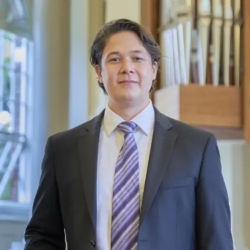 Kristjon Imperio (Member-At-Large) began formal organ training under William Ness while earning his Bachelor’s degree in music education. He has served as an organist and ensemble director for nearly twenty years; past positions include the College Church of Seventh-day Adventists in South Lancaster, the First Parish of Bolton, and the First Congregational Church of West Boylston. He is currently interim organist and handbell choir director at Wellesley Village Church. During the day, he is director of programs and community engagement (outreach) for Pakachoag Music School of Greater Worcester, which includes managing the student body and teaching faculty, building and developing programs, and coordinating after-school music classes at local schools and service organizations. He continues to perform as a collaborative pianist and organ recitalist throughout New England. 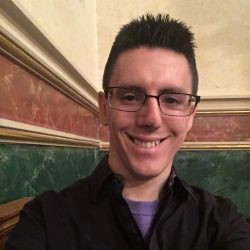 Kiel Krommer (Member-at-Large/Scholarship Coordinator) became music director at First Church of Monson, MA in September of 2018. He graduated in 2010 with a Bachelor of Fine Arts degree from Anna Maria College in Paxton, MA. He previously was church organist and music director for three churches throughout Southern Worcester County. Kiel started studying piano at seven and organ at thirteen. While at Anna Maria, he studied organ with Ian Watson. After college, he was an organ student of William Ness. In 2019, he assumed responsibility for overseeing the Will Sherwood Scholarship program.

Dan Moriarty (Member-At-Large) is Organist and Director of Choral Music at Groton School, where he came in 2014 from positions at St. Stephen’s Church in Richmond, VA, and Church of the Redeemer in Bryn Mawr, PA.  In both settings Dan founded and directed choirs for young people.  Previously, he was the Associate Organist at St. Bartholomew’s Church in New York City where he was founding Director of the Boy and Girl Choristers.  In addition to his choral work, Dan recently completed a Master’s degree in Organ with Peter Sykes at Boston University and was an organ student of John Weaver at the Curtis Institute of Music.  Dan graduated from Villanova University with a B.A. in English.  He and his wife live with their two daughters on the campus at Groton. 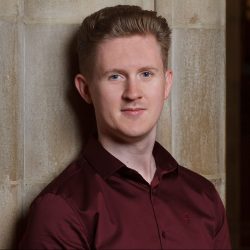 Kevin Neel (Member-At-Large) enjoys a versatile career as organist, collaborative pianist, conductor, and singer. Originally from North Carolina, he made his way to New England for graduate school at Boston University (Choral Conducting) after earning a BM at Indiana University (Organ Performance). Having previously served as Organist and Chapel Choir Director at Emmanuel Church in Boston from 2015-2021, he now is Director of Music and Organist at All Saints Episcopal Church in Worcester. He recently served on the National Nominating Committee and as the first Convener for AGOYO (AGO Young Organists). He has been heard at the organ in numerous venues including Symphony Hall (Boston), Old South Church, Emmanuel Church, Old West Church, Methuen Memorial Music Hall, as well as numerous venues in the southeast. 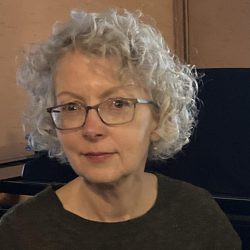 Elizabeth “Becky” Noone (Member-At-Large) received a Master of Music degree from the Hartt School of Music.  She has been Director of Music at Blessed Sacrament Church in Worcester for twenty years.  From 2016-2019 she had the privilege of overseeing the complete historical restoration of the church’s opus 736 E. M. Skinner by the A Thompson-Allen Company.  To showcase the restored instrument a recital series is ongoing. Prior to Blessed Sacrament she was Director of Music at Sacred Heart Church in Worcester.  For many years she taught in the music department at Anna Maria College, teaching piano, organ, theory, music history as well as performing and accompanying.  Currently she maintains a private studio and teaches at Pakachoag Community Music School. 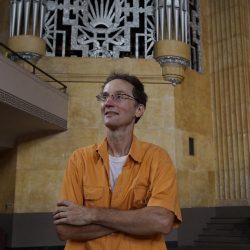 Will Sherwood (Liaison to Mechanics Hall & Holy Cross Organ Library) has been an active member of Worcester AGO for over forty years, serving most recently as Dean from 2010-2018. He is a frequent recitalist and active composer, arranger, and accompanist. Since 1984 has served as Minister of Music at the First Unitarian Church in Worcester. Will also holds the Associate and Choirmaster certifications from the Guild. Upon his retirement from chapter leadership, the Scholarship Program was named in his honor.