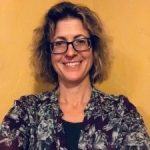 SUSIE AMOS of Worcester, MA, began ringing handbells in 6th grade in 1980 at Plymouth Congregational Church in Lawrence, Kansas, and rang for seven years there. 20 years later she came back to ringing with the birth of her first child, joining the First Congregational Church of Shrewsbury. She also rings with the New England Ringers community handbell choir. She is now a mother of three, and teaches in the adult education department of Quinsigamond Community College.

“How do 13 people play a single 5 octave instrument? Making music with handbells is part puzzle solving and part team playing. This workshop will give you an introduction to the history, anatomy, and care of handbells. We will address the peculiarities of handbell sheet music. We will discuss the necessity of additional equipment beyond bells, table layout, and bell assignments. Most importantly, we will learn handbell techniques, introduce chimes, and end the workshop by ringing a processional together. Welcome to the wonderful welcoming world of handbell ringers!”

LUCIA CLEMENTE FALCO has been a ubiquitous musical presence in Central Massachusetts spanning several decades, as an active church, synagogue and concert musician. She has performed solo organ recitals, duets, in orchestral performances and as accompanist for choral groups. She has been featured on numerous occasions on the historic E.&G.G. Hook Organ at Mechanics Hall. A diverse musician, her background includes both jazz and classical studies, and Lucia is equally at home in many musical genres. An active member of the AGO, Lucia is a Past Dean of the Worcester Chapter, holds the Colleague certification, and has served in numerous capacities on its executive board. She has served on the Music Commission of the Diocese of Worcester, and has been a workshop presenter in choral directing for the Central Association of the United Church of Christ. For 20 years Lucia was organist and director of the noted music program at United Congregational Church in downtown Worcester, where she led the choirs in many presentations of choral masterworks with orchestra for special music Sundays. Also, she served as organist/accompanist of Temple Emanuel (now Temple Emanuel Sinai) in Worcester for 28 years, where she provided accompaniment for Shabbat and Holyday liturgies, led a volunteer choir, and directed the High Holyday choirs. For the past 10 years she has held the position of Director of Music at Holy Family Parish at St. Joseph Church in Worcester, where she directs a 30-voice volunteer choir for Sunday and holyday liturgies, and plays the historic 1928 3-manual Casavant organ. Lucia is also Organist/Director of Music at St. Stephen’s Church, Assistant Director of Music at St. John’s Church, and organist for Diocesan liturgies at St. Paul’s Cathedral in Worcester.

Lucia’s workshop will discuss various approaches toward dressing up our hymn playing through reharmonization, interludes and other techniques. Standard hymns from the hymnal will be examined as these techniques are applied. 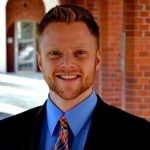 WESLEY HALL is an organist and keyboardist based in New England. He is a graduate of the Yale School of Music and Institute of Sacred Music, and holds an artist diploma and a master’s degree in historical performance from the Oberlin Conservatory where he studied organ with James David Christie. Wesley is an active recitalist, having given solo concerts throughout the United States, Canada, and Europe, and he has appeared as a soloist or continuo player with early music ensembles around the United States. In 2016 he received the Diapason Magazine’s 20 Under 30 Award as an innovator in the organ and church music field, and he was recently awarded 2nd Prize in the Sursa American Organ Competition. 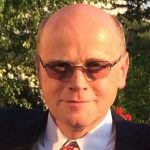 STEFAN MAIER began his organbuilding career in Bavaria (Germany) in 1982 where he received his basic training in mechanical action organs. In 1983 he began working with the Swiss organbuilder, Eddy Ottes, concentrating on perfecting skills in tonal finishing, scaling and tuning. He had the fortunate opportunity to work on the restoration of numerous historic instruments. As a result of working on the restoration of an organ built in Switzerland (now located in Ilgen, Germany) he decided to dedicate his life to the art of organbuilding. Stefan Maier Tracker Organs was established in 1993 and has since serviced many instruments in New England.

Stefan’s presentation, “Pipe Organ Maintenance and Upkeep”, will look at the different types of pipe organs and their typical problems that need to be addressed in maintaining these instruments. We will start with a basic understanding of the pipe organ and its components in particular the key action, the stop action and the wind system. We will learn about the various construction methods and materials of organ pipes. We will hear about the effects of humidity, temperature and age on different parts of the organ and on the pitch of the pipes. The session will end with questions and answers.

MARJORIE NESS is retired from Fitchburg State University where she was on the music faculty until December of 2015. She has served most recently as interim music director/organist for Wesley United Methodist Church, Worcester, a congregation she served from 1995-2003. Since fall 2013 she was interim musician for St. Leo’s RC in Leominster, St. John Lutheran ELCA in Sudbury and First Congregational Church, West Boylston.

Marjorie will lead a workshop entitled “The role of the musician in the faith community”. From developing discipleship through program choices to balancing budget, many subjects will be discussed that one usually does not learn about, such as copyright, in a degree program. Keeping up with changing resources and supporting the beliefs of the faith community while building musical skills in your faith community reflect some of what will be discussed.  Musical leaders will be involved in question & answers at the end. 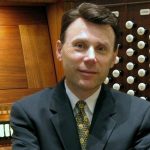 WILLIAM NESS is Minister of Music and the Arts, Emeritus, of First Baptist Church, Worcester, having retired in June 2015. Most recently his interim work has been at Wesley United Methodist Church, Worcester since October 2019. He is in his third year as Guest Director of Music for First Church, UCC, Nashua. He was interim Director of Music, Organist for First Church, UCC, Hartford, CT. from 2015-2017. He is an organ teacher for several aspiring young organists.

William will lead a workshop in beginning pedagogy of hymn playing. This workshop is meant to benefit student and teacher alike. The vocal idiom of most traditional hymnody will be discussed with reference to pedal rhythm, the sharing of inner voices, and the lyrical treatment of the melodic line. Hymns written in a pianistic style will be discussed as well with regard to what can effectively work for the organist. 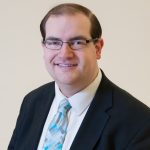 ROBERT POTTERTON III is a New England native and has been an active composer, keyboardist, and arranger for over twenty years. He holds degrees from Houghton College (B.Mus. Composition & Organ Performance), where he studied with Judy Congdon, and Boston University (M.S.M. Organ Performance; S.T.M. Liturgics), where he studied with Peter Sykes. Since 2015, he has served as Organist & Choirmaster at historic Christ Church in Fitchburg, MA, and is an Associate at G. Paul Music, the New England representative for Allen Organ Company (based in Worcester). He resides in Spencer with his wife, Carissa, and children, Adam and Kimberly.

Robert’s presentation will offer a brief overview of electronic instruments while focusing on a demonstration of the abilities and features of a three-manual digital organ which will be brought in especially for this event courtesy of G. Paul Music and Allen Organ Company. Attendees will also learn about the potential of so-called “hybrid” organs and have the opportunity to try the demonstration instrument for themselves. 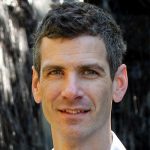 CURTIS SMITH received his Bachelor of Music degree in piano performance from Stetson University in DeLand, Florida. He received his Master of Music degree in piano performance from West Chester University of Pennsylvania and his vocal training at the Pädagogische Hochschule in Freiburg, Germany as well as the International Kodály Institute in Kecskemét, Hungary. As a certified teacher of the Alexander Technique, Curtis also enjoys teaching musicians and performing artists about sensory motor integration.

Curtis’ workshop is an introduction to the principles of the Alexander Technique and how to apply them to the keyboard and pedal board. Learn about sensory motor integration to improve and reinvigorate your organ playing. Discover how the Alexander Technique can help you get the most out of your practice sessions and avoid injury.